Shareholder protection insurance is designed to protect each of the shareholders of a business.  On the death or diagnosis of a critical illness of a shareholder, the other shareholders receive a cash lump sum which they can then use to buy the affected shareholder’s share.

This method ensures that the affected shareholder’s family receive their part of the inheritance as quickly as possible whilst there is minimum disruption to the company.

A company’s Articles of Association deal with the issues of transferring and selling shares.  In most cases the deceased or critically ill shareholder’s share passes to their family.  From the company’s perspective this means that not only do they have a new shareholder, but they also have to pay that shareholder a percentage of company profits each year.  This can of course be problematic if the new shareholder adds little or nothing to the running or profitability of the company.  Additionally, it could also mean that the new shareholder would look to sell their share to a third party whom the company might not want to be in business with.

The likelihood is that the surviving shareholders will want to retain control of the company.  Shareholder Protection Insurance allows the company to do this.  Many companies adopt a pre-emption clause in their Articles of Association which allow the shareholders the right to buy the shares of the deceased or critically ill shareholder.  Companies without Shareholder Protection Insurance often try to borrow the money from banks to do this.  However, not only can this create a large debt for the company but the banks can be reluctant to lend if they feel that the deceased or critically ill shareholder was key to the running of the business.

Clearly, Shareholder Protection Insurance is important to the company and to the shareholders estates.

DGS cover nationally and have offices in London, Hertfordshire and the Midlands. We have a dedicated team of Independent Financial Advisers (IFA) and Chartered Financial Planners who can ensure you are receiving the right financial advice and the highest standard of service.

We also hold ‘Chartered Financial Planner’ status.  To find out more about what that means for you, click here.

"DGS have been incredibly supportive with regards to our businesses auto enrolmentrequirements and have been involved during the planning and execution stage. They provide a knowledgeable and personable service and work well with our HR team. I urge anyone with auto-enrolment  challenges to meet with DGS to ensure compliance and understanding."

See what more of our clients say

WANT TO FIND OUT MORE ABOUT OUR SERVICES? 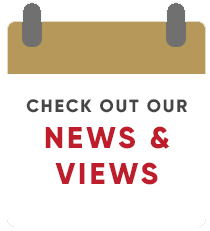 Authorised and regulated by the Financial Conduct Authority under reference 225814

The guidance and/or advice contained within the website is subject to the UK regulatory regime and is therefore primarily targeted to customers in the UK.

Not all products and services offered are regulated by the FCA. For further information and to check each firm’s registration details, please visit the FCA using the link below.

The Financial Conduct Authority is the main regulatory body for the financial services, general insurance and healthcare industries http://www.fca.org.uk/

If you have any questions relating to the information contained in this page, please contact us at enquiries@dgsifa.com

Should you wish to make a complaint about any aspect of the service we provide to you, you can do this by writing to enquiries@dgsifa.com or by telephoning us on 020 8524 8521 where we will try to resolve your concern at the earliest time possible. A summary of our internal complaints handing procedures for the reasonable and prompt handling of complaints is available on request and if you cannot settle your complaint with us, you may be entitled to refer it to the Financial Ombudsman Service at www.financialombudsman.org.uk or by contacting them on 0800 023 4567